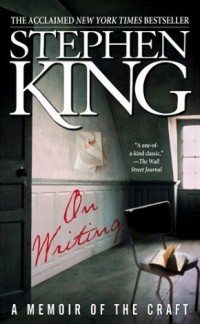 When it comes to who and what inspires me, there are always the ‘stand-by’s in my life, people like Stephen King, who I look at as being a great story teller, and able to be prolific and disciplined. Because as a writer, that’s the most difficult thing — you want to procrastinate, because if you sit back and think about all of the ideas you have that you think are genius, you know they probably won’t work. It’s difficult to sit in a room and devote hundreds of hours over a few months to come up with a great script that you know won’t sell. That’s hard for most people, because the best things you write come from you, from your soul. But because this is an occupation of people who dream, I’m always inspired by great work. I’m always seeking out film and other writers and directors who I respect their body of work. So I’m always seeking to be amongst them and see how they deal with the same issues — procrastination, insecurity, being cynical. It’s a tough business. I don’t know any writer worth his best salt who feels like he’s made it, even the best. You are always trying to top yourself, and do better. That’s the reality of being a writer today.