Think Like A Man: A Look At Black Relationships Minus Sex, Drugs & Insanity 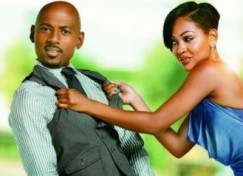 With a large cast of journeymen (and women) black actors and all the familiar beats of a standard rom-com, the film adaptation of comedian-turned-relationship guru Steve Harvey’s book Act Like A Lady, Think Like A Man has defied what has befallen many a black film before – it’s not a stereotype.

But more on that later.

When I first heard film and TV producer Tim Story was making a film adaptation of Steve Harvey’s book, Act Like A Lady Think Like A Man, I was prepared to send Harvey a strawberry death letter. Defying the much mythologized “man code,” Harvey’s book was all about telling women the strategies men use to get into their pants … err … I mean, hearts. And in lesser hands, it would be easy to turn the instructional book into a tired, racialized screed on gender politics.

The film profiles black relationships, which typically get a heavy-handed treatment by Hollywood no matter who’s making the film. Complex relations are devolved into a crazy, violent blur, and I was prepared to watch Havery’s book turn into two hours of domestic violence and past due electricity bills.

But that didn’t happen.

Story, and his cohorts Keith Merryman and David Newman, have done the unthinkable – they managed to produce a film about African American couples that actually makes sense.

Usually when a black romantic comedy wields a star-studded cast as powerful as the one in Think Like A Man it’s only to distract the audience from realizing they’re sitting through another film that approaches the black relationship from a stereotypical point of view, ultimately leaving the viewer with a smile and nothing else to take away from the film.

These films deal in rote stereotypes about black love. Black women painted as problematic and undesirable characters, only seeking helpmates to raise their child with someone else. Painted as unapproachable because if you ask her out she could roll her eyes, cuss you out, or kick you in the nuts. Or, if you’re really lucky, do all three.

Black men are the ironic opposite of black women as film’s intangible sex symbol, regardless of how thuggish or feminine he is. The problem is all he has to do is be sexy with no intelligence or moral values. He simply has to take his shirt off, glisten, and wait for the end credits.

No matter what the conflict is, sexy black characters rely solely on their physical appearance or attitude to gain sanction as a “hero” in the audience’s eyes. Since this tactic has been proven to work, in the sense that the film makes money, most filmmakers won’t take the risk of creating complex black characters.

Think Like A Man actually tries to subvert these tropes. In a scene with Romany Malco, the buff actor seeks the help of his friends after a few failed seduction attempts on his newest girl. While the friends are fully clothed, Romany isn’t, but being the good friends they are, they sincerely want to hear him out. Which would be a simple enough task if he would just put a shirt on.

In this moment, comedic actor Kevin Hart’s character Cedric reminds Malco’s character that there are no women present and his six-pack won’t help him get out of this problem. Thus, bringing home the point that a hard body won’t do the hard work of building a successful relationship.

While Harvey’s book was written for women, the film revolves mostly around the male characters, each struggling with a personal dilemma that keeps them from managing a successful relationship. There’s the sexy fool incapable of viewing women as people with emotions; the looker wondering if his approach to women is appropriate or moral; the “Mama’s Boy” portrayed as a young man raised by a single mother who demands affection from her son; the Peter Pan guy, afraid to grow up; and your classic “broke” brother.

That last role goes to Michael Ealy’s character, who unlike some of the depth the other male characters have, reminds us that the film is just that, a film. He plays a fictional character that’s basically good because he’s poor.

Jumping through some improbably hoops, Ealy’s character was often fanciful in a patently absurd way. I refuse to believe that a brother who drives a multi-colored Honda civic which is composed of more duck tape than car would quit his job to pursue a woman he’s never spoken to.

At one point in the film Ealy’s character lands a job in a high-class restaurant where he probably received a decent paycheck for his kind of work. Then in a scene where he notices Henson’s character from the kitchen, yes the kitchen that’s in the back of the restaurant that doesn’t have a good view of the dining area, he decides to go after her. His boss arrives just in time to tell him to help valet cars, where he decides to steal a customer’s hundred-thousand dollar car and pursue the woman.

It doesn’t matter that he’s poor and probably has no experience talking to woman who’ve have several times more success than him, all he has to is pull up next to her, yes the traffic lights were on his side, and ask her out.

While I understand what the film’s producer’s were trying to do with Ealy’s character, he’s not credible enough for me to believe that a viewer could take something away from his relationship with Henson’s character, which is solely based on chance. The character’s only personal conflict in the film is that he habitually jumps from career-to-career, which ultimately paints him to be an unreliable character that can’t make up his mind as to what he wants to be when he grows up. But we lucked out as viewers because we catch him at the exact moment he decides upon the career that he is destined to have, (but hey, he could be a bus driver in the sequel).

In the real world a poor black man would never be able to pull a high caliber women such as the one played by Taraji P. Henson, which brings us to the most miraculous aspect of the film.

The black women in Think Like A Man are represented as powerful, successful people. After decades of being portrayed as violent, insane, “unstable creatures,” the black woman is now appropriately represented from all sides. We find the highly successful character played by Henson to be strong, yet plagued with a small amount of “bourgieness” as a result of her success. Meagan Good’s character represents the kind-hearted woman who’s had to suppress her emotions because she’s been used by one to many R&B singers. I was glad to see that Regina Hall’s character didn’t indulge in much shouting and was literate enough to read Harvey’s book. She was faced with the difficult task of finding a good man that wouldn’t be hung up on the fact that she has a child. Gabrielle Union’s character didn’t kick her man in the nuts for not having a job. Instead she stood by him helped him make an adult decision as to how he wants to live his live.

Tim Story and company do a thorough job of duly representing the modern African American woman, and, in turn, thoughtfully represent black love. With the guidance of Harvey, and the comical yet enlightening narration of Kevin Hart, the subject of the relationships black people share is no longer an inexplicable slew of sex, drugs, and insanity. Think Like A Man acknowledges the difficulties our younger generation has when managing a relationship and sheds light on what used to be dark subject.

Go see the movie; it’s worth the twenty bucks.