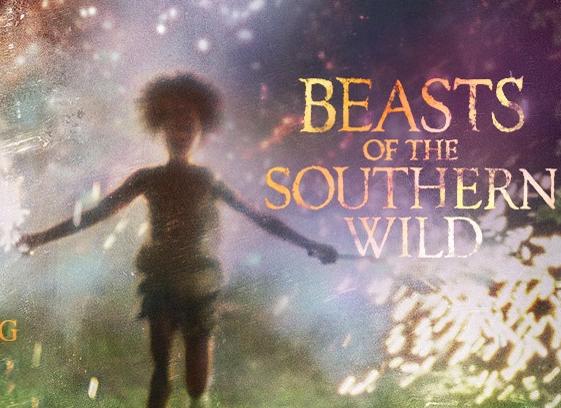 It’s rare to find cinematic dreams realized. It’s an elusive thing – finding that moment where you forget you’re even reading the book, watching the TV, watching the movie and you take it in on face value, like a dream, like the picture unfolded from your own mind seamlessly. It’s a minor miracle – a good film is. It makes your forget. It makes you live a life that’s not your own. It consumes you, then wakes you up to the tune of end credits. And that’s the kind of film director Benh Zeitlin’s Beasts of the Southern Wild is.

It’s reality, but it’s the fantasy version of reality. It’s child-like wonder. It’s dream-state. It’s where you get lost and when you find yourself at the end all you want is to be lost again.

Zeitlin’s Beasts, along with co-writer Lucy Alibar, create a film that redefines the fantasy genre. By construing the mental obstacles we face in life, along with the creation of a beyond exemplary live action fantasy based world, Zeitlin and Alibar have delivered the most effective fantasy film since Del Toro’s El Orphanato.

Beasts of the Southern Wild tells the story of six-year-old Hush Puppy, played by tenderfoot Quvenzhané Wallis, a suborn but strong willed girl, burdened with caring for her sick and short tempered father Wink, Dwight Henry, during a time of crisis.

Living in a fictitious, below sea level region called “The Bathtub,” Hushpuppy is foretold of gargantuan beasts that will soon be free to roam the world, and that upon their release from their polar ice cap prison, the oceans would flood her home. Now faced with losing her home and father, Hushpuppy has to quickly decide whether or not stand strong as an individual part of the universe, or be swallowed by the rest of it.

It’s not uncommon that the spark of a fantasy story be derived from a tragic event, forcing a young antagonist to fall back into an intimate world of fantasy. The film adaptations of the Narnia books depict the fantastic adventures of four young children after fleeing from a war-plagued country. Pan’s Labyrinth follows the journey of a little girl who seeks guidance in a fantasy world after losing her mother during the birth of her brother. A common factor in these stories and most other fantasy films is that they rely heavily on their fictitious creatures. The viewer is forced to learn from the words of a talking lion, or follow directions from a faun. This isn’t the case in Southern Wild.

As fitting as the idea sounds, Zeitlin is one of the rare filmmakers to express concepts via the interactions between father and daughter. The film contains several scenes in which Hushpuppy would appear to be lost without a cause until her short tempered father and his unconventional form of teaching is enacted to show his child the way. For example, there’s a scene in which Hushpuppy and Wink are forced to endure a storm of extreme magnitude. Both seeming to understand that they might not survive, Hushpuppy shows signs of fear. Upon seeing this, Wink grabs a shotgun and literally tries to take on the storm. In watching her father barge outdoors and shoot buckshot at raindrops, the lesson for Hushpuppy and subsequently the viewer was that one never has to lie down when the universe presents itself a threat; the option to fight is never out of our reach. This concept, along with others, is not only restated in several similar scenes throughout the film, but is supported via the continuous voiceovers of none other than Hushpuppy herself, confirming that she had retained and made the information her own. With each new obstacle that presents itself, the stakes are raised and Hushpuppy is forced to progress from student, to executer, and ultimately making her was to leader.

Quvenzhané and Henry are impeccable in their portrayals of Hushpuppy and Wink. It hasn’t been since the Pursuit of Happiness that a child has carried their role with the refined talent of an adult as displayed by Quvenzhané. Henry deserves applause for being able channel and maintains Wink’s southern spirit in every scene.

However, just as the Narnia children could sip tea with beavers, Hushpuppy was able to spend time beasting crabs with good ol’ Levy, a high-spirited, and seemingly “off” character, well played by Jean Battiste. The story contains several characters that resemble those commonly played by animals in fantasy films. Each character serves his or her function in supporting Hushpuppy and the decisions she makes throughout the course of journey. The film comes to a point where the adults have come up with a plan to solve their recent misfortunes. They plan to destroy a levy, which would in turn drain poisonous water form their community, giving them a fighting chance for survival. The catch is that acting out the plan requires one to question what’s right and wrong, to commit an act that would be considered criminal in a worldview, but necessary to Hushpuppy and those close to her. When the switch lands in Hushpuppy’s hands, she’s forced to act quickly and make a serious decision under pressure; something that those of us in the real world understand to be a difficult task.

Beasts takes an unusual task as a film, in that it not only chooses to teach the viewer but also expresses the results of that applied knowledge in a visceral manner. Zeitlin does this on several occasions while still mastering the other elements of film.

Zeitlin’s craft in constructing a world unique to his vision has created a film that viewers will forever recall as original and one of a kind. Beasts of the Southern Wild presents a world seemingly familiar to the reader but becomes completely foreign with the addition of a few simple elements. Adding to the wonder, Zeitlin’s talent with visual effects is displayed in how he creates motorboats built out of truck beds, mobile homes float 15 feet above ground, and a functional town exists in the center of a swamp that appears to have no connection to the outside world.

Beyond the first line of characters, Beasts of the Southern Wild contains several figures that are necessary in completing a successful story of fantasy. One of the most fantastic aspects of this film is that there are no color lines. Each character is respectively efficient in his or her role. While the viewer is lead by two black characters that are plagued by a series of misfortunate situations, there is never a hint that a “them versus us” situation refers to people of color versus those of Caucasian decent. The only division between people was that between those that can’t enjoy life in its purest form versus those that are happy to be alive. Were one to critique this film’s depiction of black and white interactions based upon those that take place in reality, he or she would be in a state of disbelief that a white doctor would be passionate about a sick and beyond poor black man’s well being. Or that a seemingly stable captain would find nothing odd and take aboard liter of filth encompassed children.

There were no angry black rants about how the white man doesn’t care about blacks, nor were there elite voices that forced people of color to remain in a poverty-stricken area. Beasts of the Southern Wild is a relish able film, composed of the perfect mixture of writing, acting, and directing.

Go see the movie and be consumed. See movies for what they were made to be – the augmentation of our dreams.

One Reply to “Beasts of the Southern Wild- A Must See”