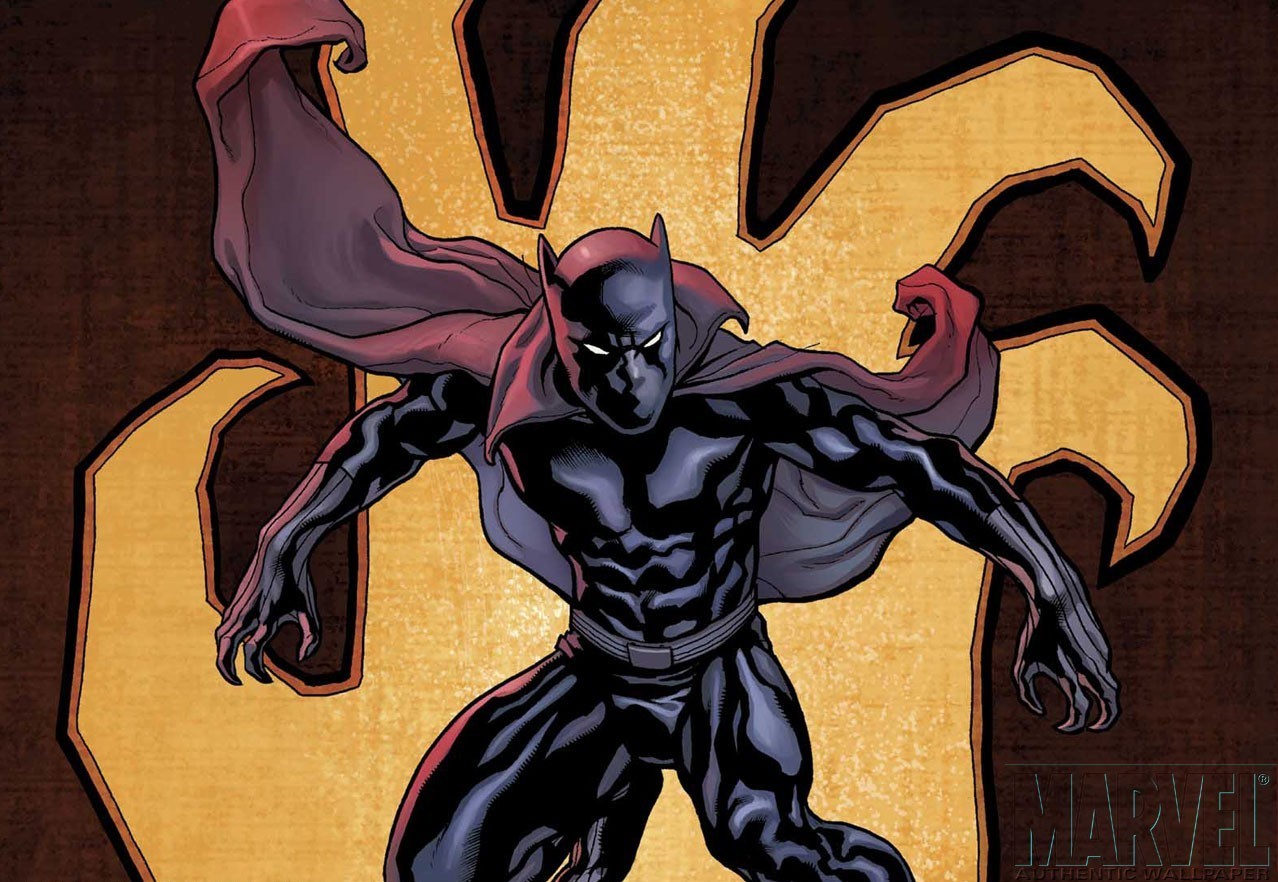 In light of my growing up an avid comic book reader, I’ve come to enjoy the recent series of superhero films. I relish the moments in which a character delivers a signature phrase, such as “Hulk Smash,” or “I shall smite thee!” However, I was slightly saddened upon learning that when Captain America yells, “Avengers assemble” in the second Avengers film, Black Panther will not make the rendezvous.

The fact that Black Panther will not receive his own film is not as hard to digest as Marvel’s reason for not creating the project,
“It’s a little more difficult, maybe, creating [a world like Wakanda].”
– Louis D’Esposito, Marvel Studios co – President

Clearly this reasoning is bogus, not only has Marvel Studios been successful in creating Thor’s home world of Asgard, but other studios have been able to create more fantastic worlds such the planet OA in the recent Green Lantern film, or Lucas Films’ creation of several alien worlds in the Star Wars series. With that said, might there be a reason other than the proclaimed difficult task of building a jungle with a few high tech buildings and rare metal?

The insinuated question lies in his name, BLACK Panther. While others might imply the reason for not creating the film is solely based on the character being black, I will be optimistic and examine the existing social elements that precede the would be film star.

I don’t by any means accuse Marvel Studios of not wanting to produce a black superhero. After all, there have been others such as Hancock, Blankman, Meteorman, and so on. Though the issue with these characters is that they do not satisfy an audience on a moral level, their function(s) is to entertain via a series of silly situations; in other words, these characters do not stand as a symbol. Hancock had the typical superhuman abilities of amplified strength and flight, but he was bound by his drunken clumsiness and sassy attitude. Blankman was a nerd enabled with an ability to invent gadgets but he would also get beat up and scream like a little girl. Meteor Man? Well, he fought crime and had the ability to fly, but he was also afraid of heights. In acknowledgement of the type of black superhero characters that have already hit the screen, Marvel Studios would be faced with the task of shooting (no pun intended) the first Black superhero that didn’t rely on a sassy tongue, or his capability to stand strong in the face of a social ill.

Spike Lee admitted that upon announcing plans to create the Malcolm X film, he immediately began to receive feedback implying “you better not mess up Malcolm.” I believe Marvel shares a similar scenario in the sense that fans of the comic understand the sense of morality behind the character and what he represents as a symbol. In his interview with MTV, D’Espositio went on to say, “He has a lot of the same characteristics as Captain America: great character, good values.” With an understanding that the Black Panther shares a similar symbolic meaning with the first avenger, how would a film studio get an audience identify with this character?

The Black Panther has come a long way from his original creation. In his mid 60’s emergence, the character’s alter ego could have been Huey Newton himself. Where at one point he was an Afro bearing revolutionary rebel that was 100 percent pro-black (he was actually married to Storm), he has long since been transformed into a young king. The modern Black Panther has nothing to do with America, or the social state of African Americans. Similar to Thor, T’Challa (Black Panther) was next in line to the throne of Wakanda, a fictional technologically advanced African country containing a limited supply of vibranium, an indestructible alien metal. Upon his father’s death, T’Challa was obligated to take the throne which in turn meant becoming the Black Panther. His character is that of a cultured prince, educated around the world and raised to lead a nation with an equitable yet fierce hand. Thus, how would an audience react to a grammatically intact, strong willed black man taking on the spotlight in his own feature?

It wouldn’t be easy; America is definitely used seeing African Americans through a certain lens when it comes to film. Either they’re fighting a dangerous poverty stricken situation, trying to achieve a goal uncommon for blacks, undergoing a drastic change in character from vagrant to valor, or waxing up their chest to act as eye-candy for the ladies. Even if the situation has nothing to do with being black, the character will still rely on his or her attitude. Take Blade for example, this swords master cut through hundreds of vampires and saved the world from a vampiric apocalypse, yet the memorable parts of the film involve Snipes saying “I was born ready motherfucker,” or “Motherfucker you done lost your damn mind!?” Not to mention the film wouldn’t have worked without him bearing sunglasses in 75 percent of his scenes. My point is that the creation of this film would mean creating a character that carries himself with the composure of Denzel, while channeling the strength and spirit of a young Jim Brown (yes it’s a stretch, but who else is there?). In actuality, if those chosen to create the film were true students of film, the ethnicity of the character wouldn’t be an issue.

The Marvel universe is just that- a universe in which events happen. Any hero or villain is subject to run into another at any given time. With the universe being such a large canvas for storytelling, the hero’s origin and ethnic ticks can for the most part be overlooked. I for one wouldn’t want a superhero film involving mostly blacks or any other ethnicity for that matter. I honestly just want a good story in which I get to see a comic book hero use his skill set to overcome a greater evil.

One of the most exciting aspects of creating a story in the comic book genre is that anything is possible. Marvel’s animated Avenger movies, along with the recent Earth’s Mightiest Heroes cartoon have already created plots that highly involve Black Panther, yet don’t require him to operate in Wakanda, thus throwing out their vocalized excuse. As it pertains to creating a voice for the new character, D.C. has already knocked down this barrier with their animated characters of John Stewart, and Young Justice’s Aqualad. Both characters’ are those capable of taking on the role of leader, and don’t rely on cultural circumstance to function. The only real obstacle in Marvel’s way would be in creating an actual film that could support such a character. I’ll be the first to admit the task would prove quite difficult if done right, but I’m not falling for the old, “We can’t build the technologically advanced nation in the jungle” excuse.

There you go Marvel, I know it’s hard to discuss a topic as such, therefore causing D’Esposito to spit out the first excuse to come to mind, but don’t worry, I’ve got you covered.

Now I’m off to write individual blogs for the other 50 avengers that won’t be getting their own films.